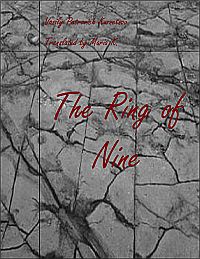 The Ring of Nine by Vasily Kuznetsov

The Soviets. Allies during the war, enemies shortly after. One of them talks about one of the most harrowing chapters of human history in general and World War Two in particular – the Siege of Leningrad.

The Ring of Nine is a first-person account of the Leningrad Blockade during World War II, translated by Maria K. This work started off as a series of journals written by Maria’s late grandfather, Vasily Petrovich Kuznetsov, as he experienced these events.